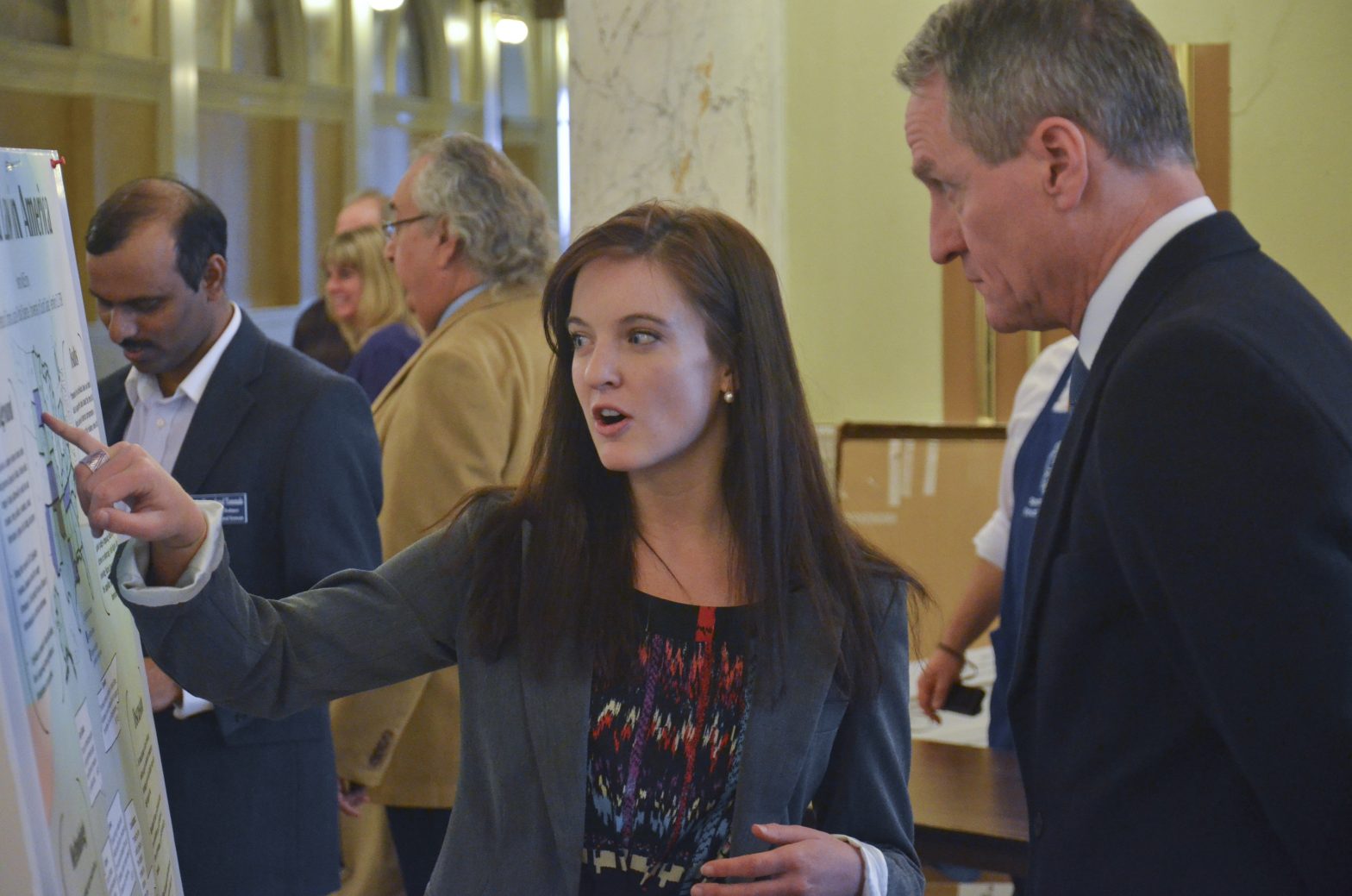 The poster session gave the students an opportunity to share their research with state legislators, state officials and the public, giving them a first-hand look at the highlights of their efforts and the importance of research in Science, Technology, Engineering and Mathematics (STEM).

“I don’t think I can really describe how it feels,” said Amber Johnson, a senior biology information systems major at Dakota State University in Madison, S.D. “It’s overwhelming in a good way.”

Johnson described her research as a way to test what she has learned in school.

“Everything I learned up to this point has given me such a solid foundation going into this research,” she said. “I know that I can apply it in the medical field, the Water Watch and so many other fields.”

Student research at colleges and universities not only impacts the student’s education, but also the economic development of the state itself.

Paul Turman, the vice president for research and economic development with the South Dakota Board of Regents, says research in higher education helps create new innovations which can spinoff into the creation of new companies as well as encourage other companies to relocate to South Dakota because of the work that an institution is doing.

“Because we have students who are able to do research at this caliber, it becomes very appealing for companies to stay in South Dakota and hire people who have the skills that are important for them to continue to be successful,” said Turman.

Successful research at universities must have support from legislation, however. Turman says the poster session is a way to remind the legislature of the impact of previous investments in STEM education and research.

“This is what the by-product is; very talented students who are doing great things with great researchers,” he said. “In the past you would have had to leave the state in order to do that.”

The event is co-sponsored by the Research Affairs Council of the South Dakota Board of Regents, the Governor’s Office of Economic Development and SD EPSCoR.