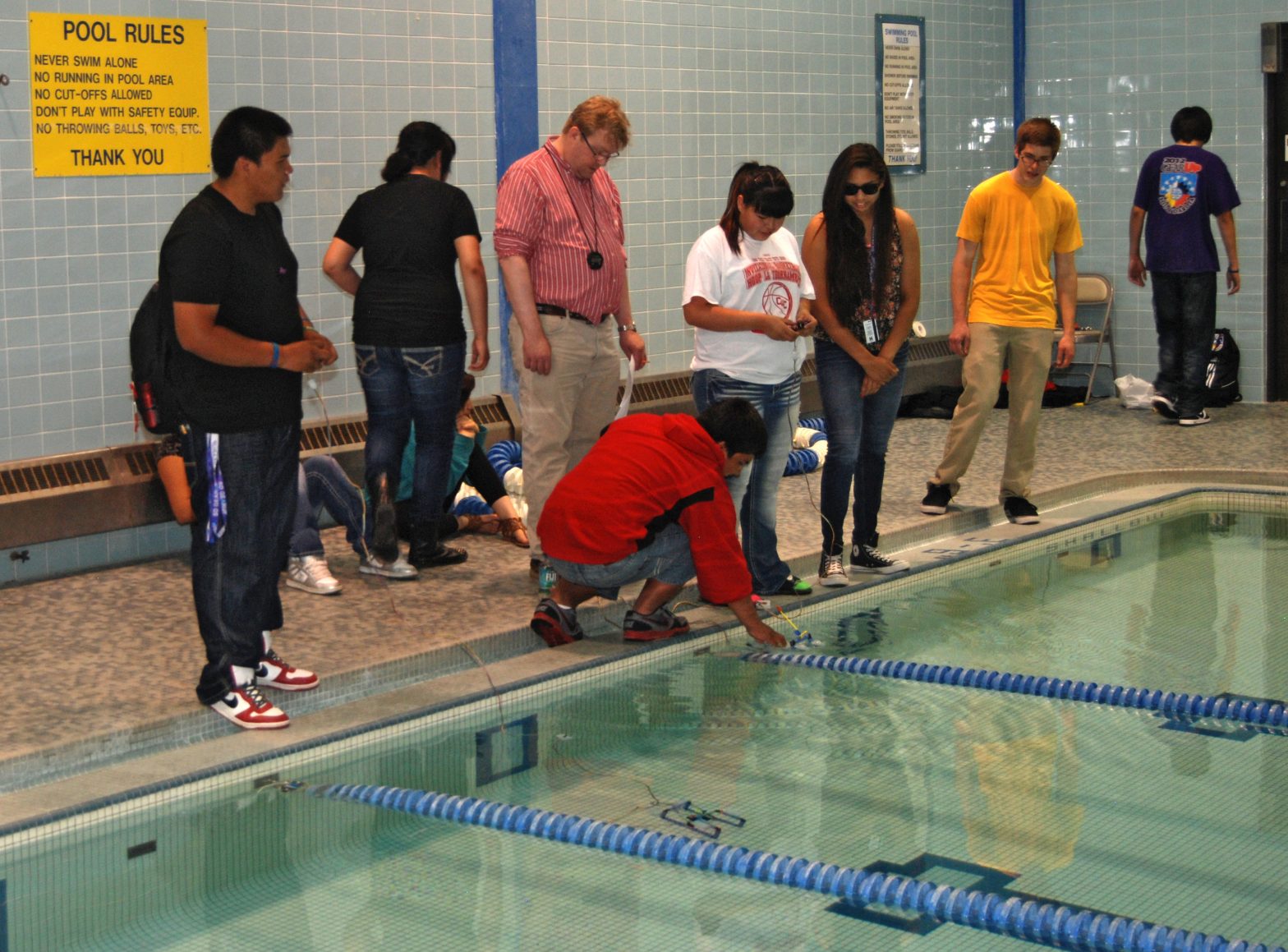 The South Dakota Gaining Early Awareness and Readiness for Undergraduates Program (SD GEAR UP) hosted a four-week summer camp in June 2013 at the South Dakota School of Mines and Technology (SDSM&T) in Rapid City, S.D.  The summer camp used a teaching module based program using submarines as a platform to teach science engineering concepts to students from underrepresented groups.

Students compete in challenges to test submarines built during the SD GEAR UP Summer Camp in June 2013.

The summer camp concluded with a design challenge where teams were formed to build a remotely operated submersible vehicle.  The teams then competed against each other to test their designs.  Tests included touching the bottom of a pool with their submarine and resurfacing, moving across the pool holding a flag above water and again with the flag below water.

SD EPSCoR is funded by the National Science Foundation EPSCoR grant No. 0903804.