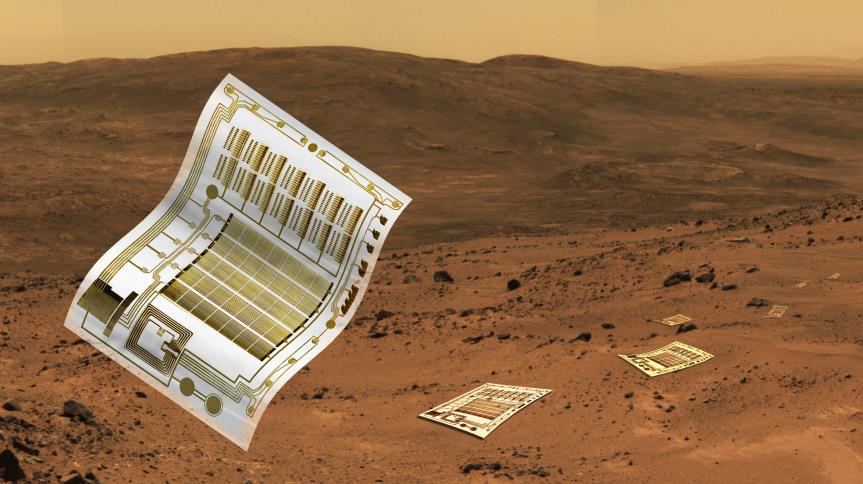 The National Aeronautics and Space Administration (NASA) has awarded the South Dakota NASA EPSCoR program a $750,000 award to develop materials to be used in the future exploration of other planets.

The goal of the project, titled “Development of Direct-Write Materials, and Electronic and Electromagnetic Devices for NASA Printable Spacecraft,” is to develop the necessary research base that will enable printable spacecraft to become a reality.

“NASA reviewers described the proposed research as unique and innovative, and aimed at solving a critical problem for NASA,” said Ed Duke, director of the SD NASA EPSCoR program.

The research team was originally awarded a $50,000 Research Initiation Grant from SD NASA EPSCoR in 2014 to develop connections at NASA and to obtain preliminary results, said Duke. Seven SD researchers later traveled to the NASA Jet Propulsion Laboratory to give presentations on the unique expertise and capabilities in South Dakota that can support NASA’s research and development efforts.

The vision of the printable spacecraft program is to create thin, ultra-lightweight, and flexible sheets with embedded sensors and electronic modules for data collection, communication, and micro-propulsion.

“Traditionally we send one device to scan a narrow part of the atmosphere or surface of a planet,” said Dimitris Anagnostou, the project’s science principal investigator and SDSMT associate professor.

When deployed, the printed sheets will flutter like falling leaves to a target surface, collecting data throughout their journey. This method would remove the need for complex landing equipment on the host spacecraft.

“Through this work we will be able to scan a large portion of a planet,” said Anagnostou. “The printable spacecraft will be able to go everywhere, even in areas where humans cannot such as inside a volcanic crater.”