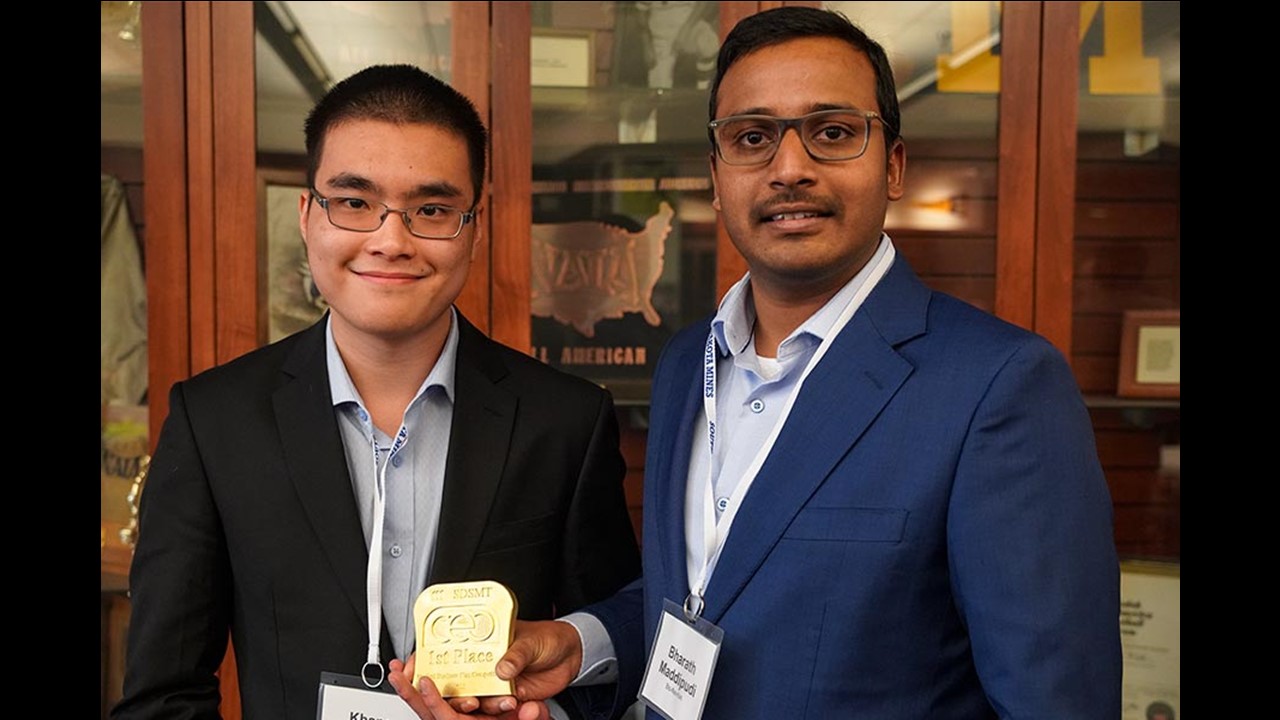 This piece by South Dakota Mines was published December 6.

A company that evolved from research at South Dakota Mines on turning corn stover into a valuable form of graphite has won the 2022 CEO Business Plan Competition at Mines.

The CEO Business Plan Competition challenges entrepreneurs to present their business idea to an expert panel of judges. The event is the longest running university sponsored business competition in the state. It’s open to high school students and higher education institutions across South Dakota who competed for over $15,000 in prizes this year.

The ninth annual competition at Mines was held on Saturday, Dec. 3, with first place going to Bharath Maddipudi and Khang Huynh of Bio-Navitas, a company that captures carbon from renewable agricultural residues to create a valuable graphitic material. The pair also won a separate category for the best agricultural plan at this year’s competition.

Maddipudi and Huynh are doctoral candidates in the Karen M. Swindler Department of Chemical and Biological Engineering. They are working alongside their advisor, Rajesh Shende, Ph.D., to pioneer new ways to turn waste like corn stover into valuable products, which can add to a farmer’s profit each year. Corn stover includes stalks, leaves and cobs leftover after corn is harvested. The research was funded by grants from the U.S. Department of Energy. Their work led to the creation of a highly valuable porous carbon material for many applications including being a key component in next generation batteries and energy storage devices, that can be made from corn stover. Their process requires less energy and is more affordable than conventional methods. The pair proved the value of their product by inserting the graphitic carbon they made into a battery and lighting an LED with the technology.

Maddipudi and Huynh also thank their mentors and advisors who are assisting in creation of the business. Maressa Surrett, an advisor to the team, is the CTO for ISTE and brings 20 years of business experience. Jim Quinn has 35 years of business experience and serves as a Mines’ Entrepreneur in Residence.  Aaron Worlie, a technical business advisor and Mines alumnus who won the South Dakota Governor’s Giant Vision Competition as a student. “We would not be here without the amazing faculty at Mines and without the help of our advisors and mentors,” says Maddipudi.

Tied for third place are Hosein Mirazi for a human analog pharmaceutical testing device and his company, CellField, and Reza Morovatdar and Jackson Cates with their company, DeepDeals, which uses AI to connect consumers to deals offered by digital retailers.

“It was a really difficult call for the judges this year because all the teams in the competition were exceptionally strong,” says Associate Vice President for Research-Economic Development at Mines Joseph Wright. “Any one of our entrants could go on to win at statewide competitions, and we’re excited to see how they do in the coming year.”

Mines has a long history of dominating statewide business competitions. Mines students or alumni have brought home first-place awards at the South Dakota Governor’s Giant Vision Competition for eight years in a row.

The CEO Business Plan Competition is open to all South Dakota high schools as well as higher education institutions. Participants get business plan training throughout the semester and receive assistance from the Small Business Development Center in preparing financial statements as well as mentoring from local business leaders and South Dakota Mines’ Entrepreneurs-in-Residence.