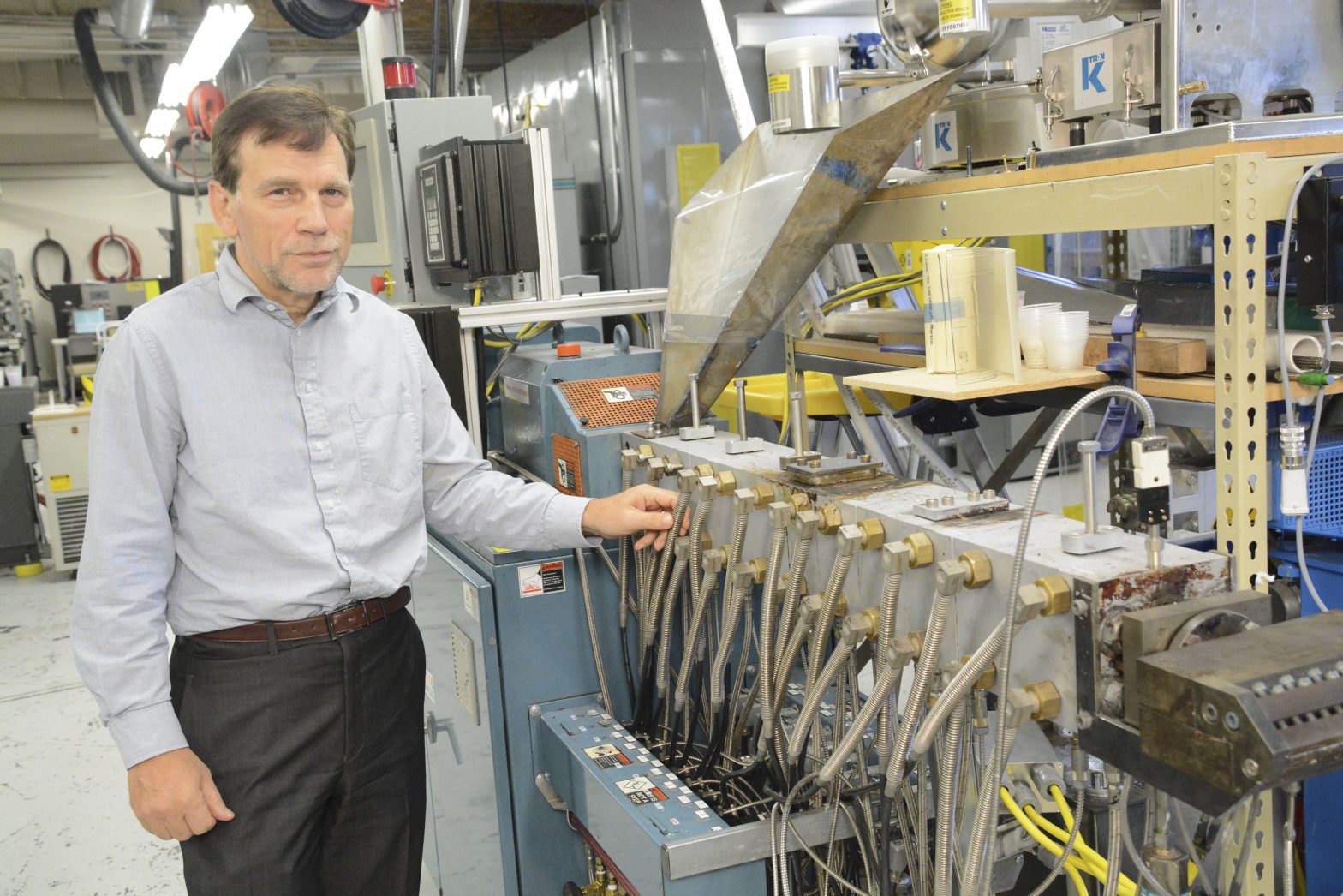 South Dakota NASA EPSCoR is eligible each year for competitive research awards from NASA, providing $750,000 over a three-year period. SD NASA EPSCoR research teams have received 10 of these awards since 2007 totaling in $7.5 million.

David Salem, Director of the Composites and Polymer Engineering Laboratory at the South Dakota School of Mines & Technology, has received funding through NASA EPSCoR for a project titled “Structural Thermal Insulation Composites.”

The project, led by SDSMT in collaboration with the University of South Dakota in Vermillion and the NASA Kennedy Space Center (KSC) Materials Science Division, is to develop lightweight, structural polymer composites with high thermal insulation properties for use in extra-terrestrial habitat construction.

Materials developed at SDSMT include polymers that are loaded with hollow microcapsules and reinforced with nanoscale fibers. The thermal insulation properties of many of these materials have been tested with advanced instrumentation recently developed at NASA KSC, and have been found to have thermal insulation properties within the range of interest, while exhibiting robust mechanical properties.

Two SDSMT graduate students supported by this project have spent a total of about seven weeks at the NASA Kennedy Space Center collaborating with scientists there. One of these students has recently been awarded an internship at NASA Glenn Research Center while a third graduate student was awarded a prestigious NASA Space Technology Research Fellowship.

Finally, the resources developed through Salem’s NASA EPSCoR award also significantly contributed the formation of the Composite and Nanocomposite Advanced Manufacturing Center, established in 2013 by the South Dakota Governor’s Office of Economic Development.