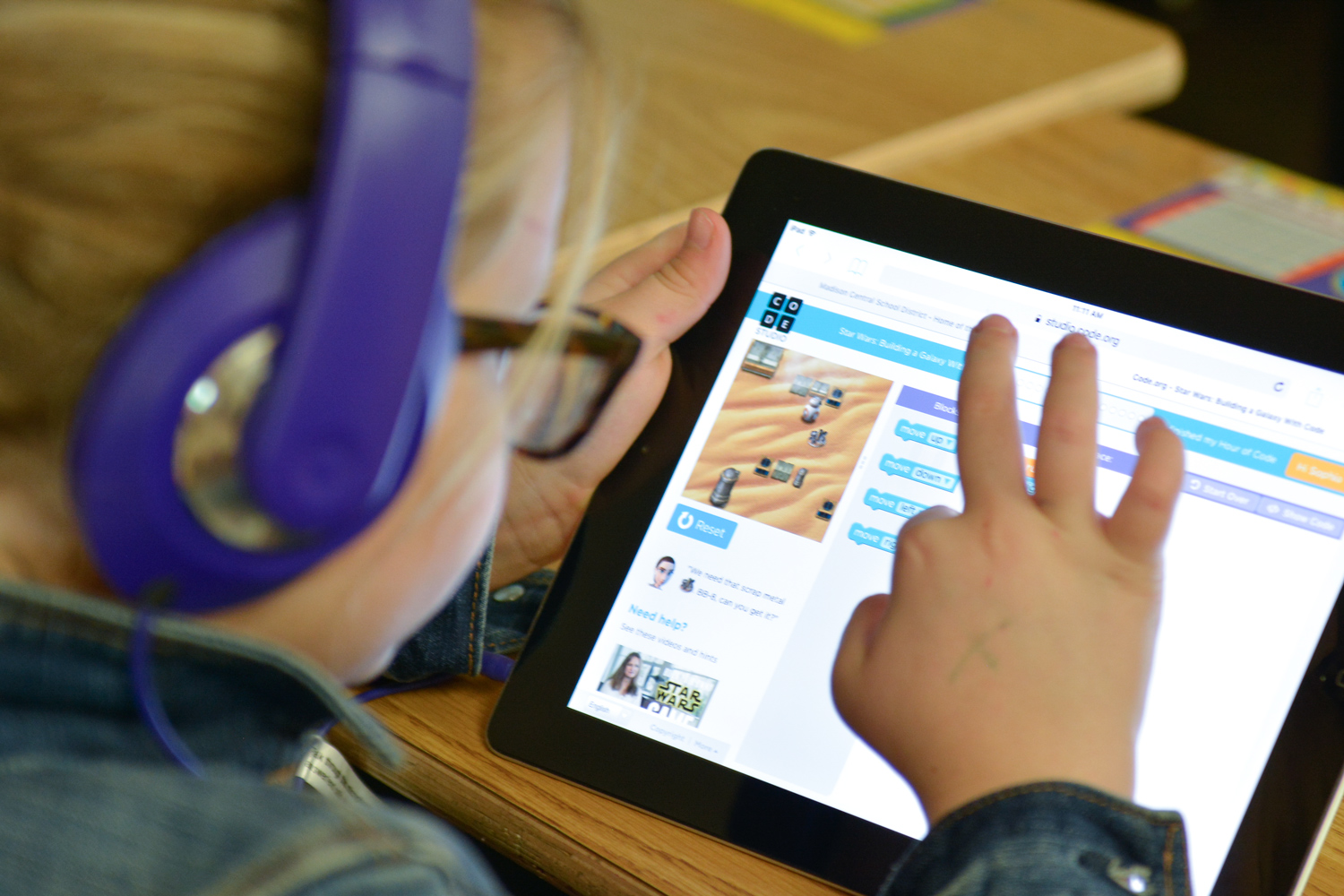 The Hour of Code event is a one-hour introduction to computer science designed to show that anyone can learn the basics of programming. It is run by Code.org, a non-profit organization dedicated to expanding computer science.

Jennifer Nash and Rob Honomichl participated in the two-day event at Madison Elementary School (MES). They attended multiple classes to talk about the possibilities of careers in computer science and assisted students if they needed help.

Nash, who is an associate professor in the College of Education at DSU, was also there to supervise DSU pre-service teachers who were volunteering in the classroom.

“I think computer science is an intimidating subject for a lot of teachers,” said Nash. “Through the Hour of Code experience, the DSU pre-service teachers learned that not only they can learn the basics of coding, but they can also teach it to kids.”

Students learned programming basics by playing different educational games on iPads based on Star Wars and the popular sandbox game Minecraft. The games are interactive puzzles which students must apply computer science fundamentals to solve.

“I loved the energy of the classroom, seeing the smiles of victory and hearing the students say, ‘Yessss!’ and ‘I got it!’ when they mastered a puzzle,” said Nash.

Learn more about Hour of Code and play the games here.

A total of 502 students in grades kindergarten through 5th grade at MES were registered to participate in the Hour of Code program, according to MES Computer Teacher Robin Schwebach.

“I thought this was a great opportunity to use the iPads and teach [the kids] something new,” said Schwebach.

Schwebach brought the iPads to the different classrooms for the kids to use. The students would then play the different games while learning programming fundamentals such as loops and logical statements.

“Coding focuses on many skills including designing solutions to problems by writing a sequence of steps and solving puzzles,” said Schwebach. “I believe coding and computer science is critical to student learning from the very beginning of their school experience.”

Nash and Honomichl participation was supported by the National Science Foundation/EPSCoR Award IIA-1355423 and by the State of South Dakota.