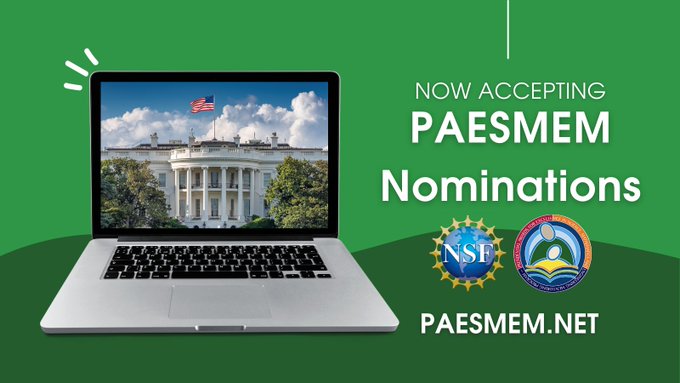 NSF is offering a webinar for applicants to the Presidential Awards for Excellence in Science, Mathematics and Engineering Mentoring (PAESMEM). To register, go to paesmem.net/webinar.