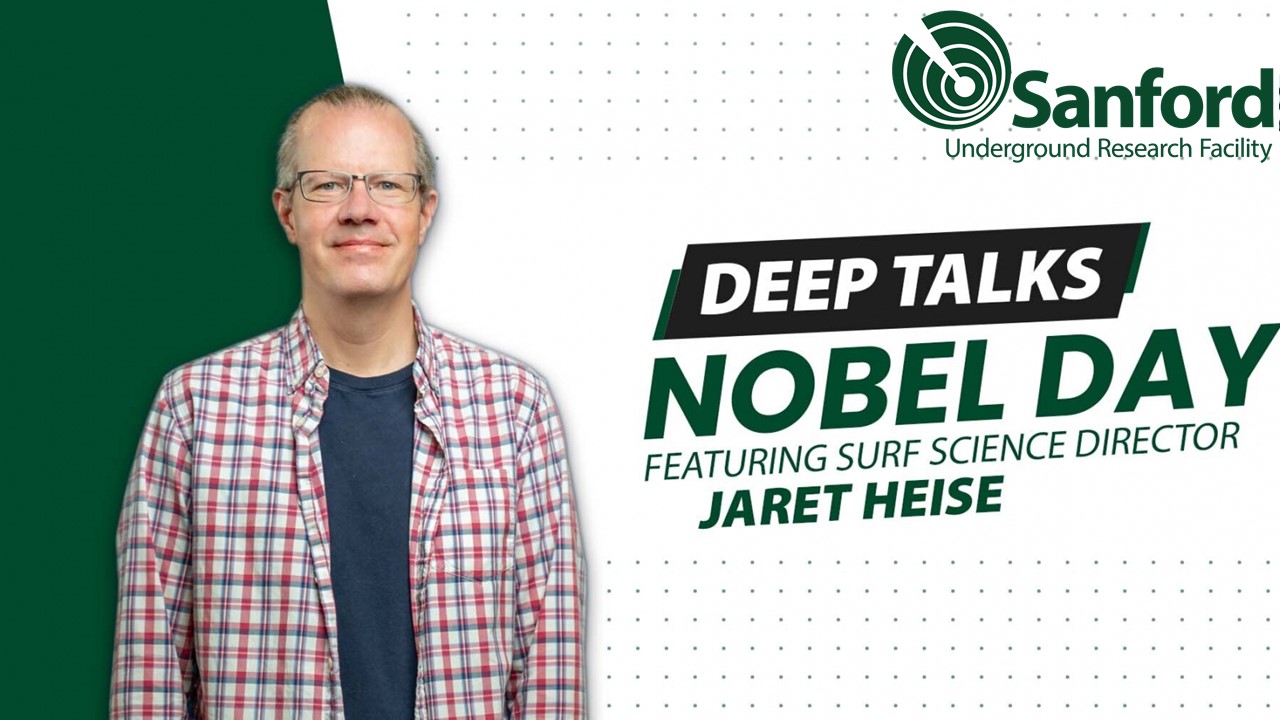 For nearly three decades, Dr. Raymond Davis Jr., a chemist from Brookhaven National Laboratory, operated his solar neutrino experiment nearly a mile underground at Homestake Gold Mine. His pioneering work raised eyebrows in neutrino research and, ultimately, earned him a share of the Nobel Prize in Physics in 2002.

Join Dr. Jaret Heise, science director at SURF, to learn more about Davis’ work at Homestake — how it advanced the field of neutrino science and the role it played in creating the Sanford Underground Research Facility — during this year’s Nobel Day celebration.

SURF will also present the 2021 Communication and OutReach Experiences in Science (CORES) Award during the Nobel Day event.

“Deep Talks: Nobel Day” will be an online event, streamed on Friday, Dec. 10, from 5 to 6 p.m. CT (6 to 7 p.m. MT). You can join this event through the Zoom webinar to answer polls and submit questions OR watch live on SURF’s Facebook page.