Trauma and Healing in the Native Community

Dr. Darryl Tonemah will speak on historical and generational trauma in the Native American community, sponsored by South Dakota State University and the SDSU Wokini Initiative.

Darryl Tonemah (Kiowa/Comanche/Tuscarora) is the owner of the Tonemah Consulting Group, an organization dedicated to increasing wellness in Native communities. He also owns First Nations Telehealth Solutions, a company dedicated to increasing access to psychological and psychiatric care to Native communities via telemedicine. He has done extensive work providing training in hospitals, clinics, universities, corporations and schools throughout the U.S. and Canada on trauma and its relationship to behavior and health.

Tonemah has a Ph.D. in counseling psychology and cultural studies, a master’s degree in community counseling and three bachelor’s degrees. He has served on numerous state and national boards addressing disparities in education and health care among the Native community. Tonemah appeared in the film “The Cherokee Word for Water,” has appeared on the ABC television series “Nashville” and played the lead in two New York City stage productions “Manahatta” and “Sliver of a Full Moon.”

As a musician, he has recorded 10 award-winning CDs and is the founder of the Native American Children’s Benefit Concert Series. He has written a book on leadership, “Spray your Swamp Cooler,” and is currently working on a 12-part documentary series telling stories of empowered Native people across the U.S. and Canada. Tonemah lives outside of Lewiston, New York, with his wife and three children. 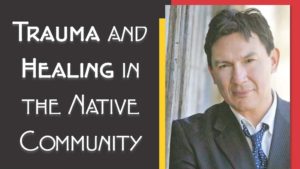