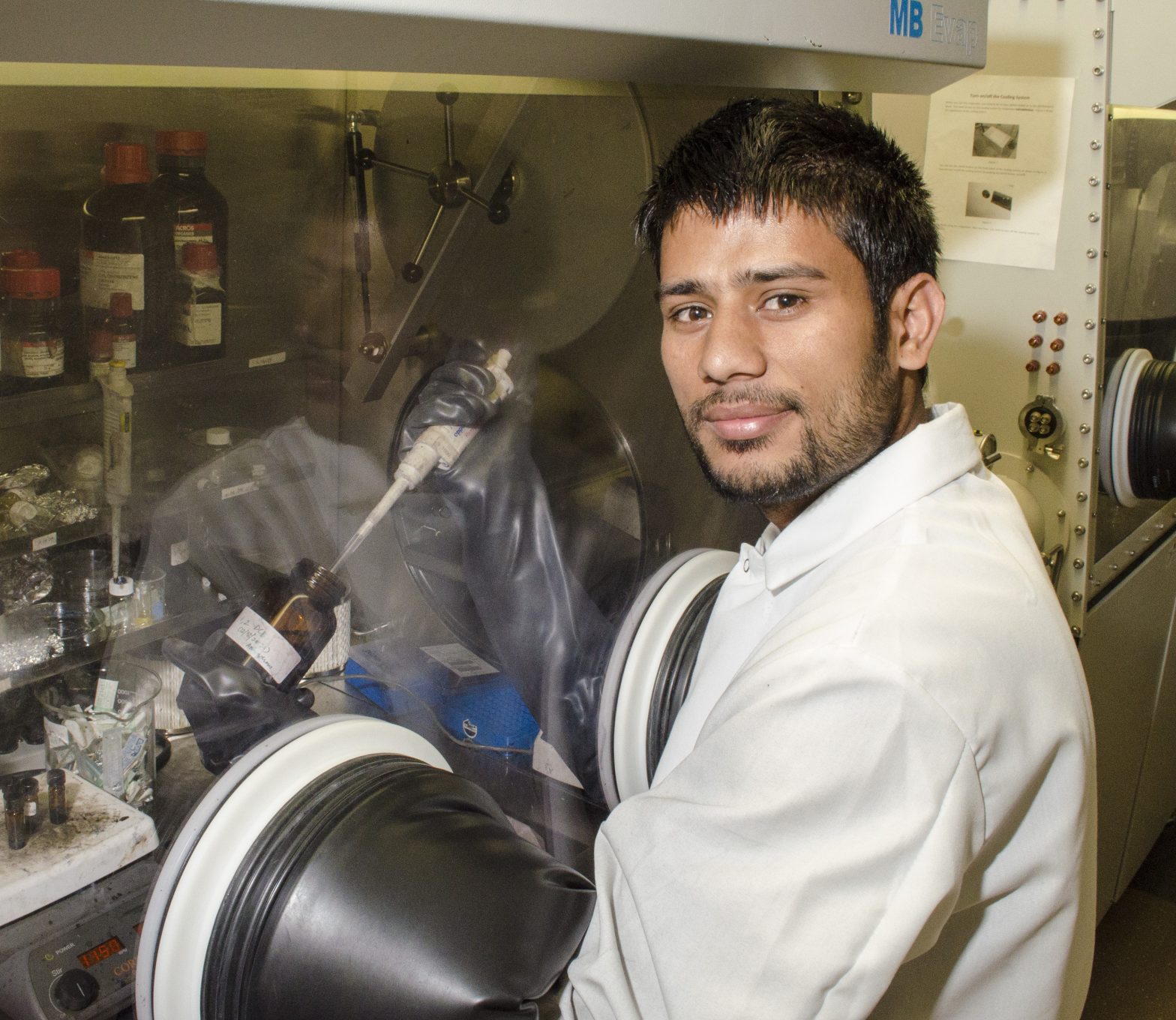 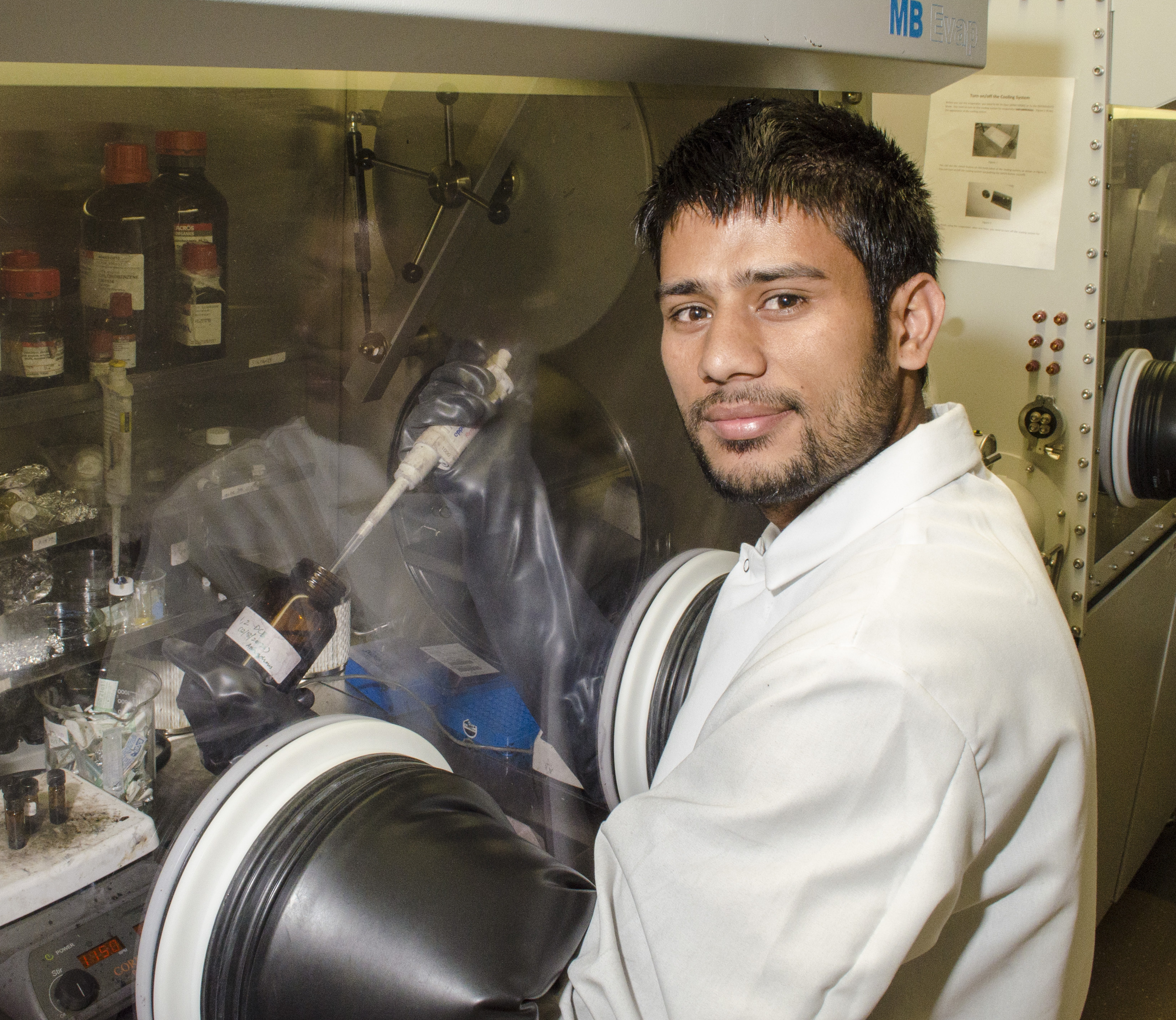 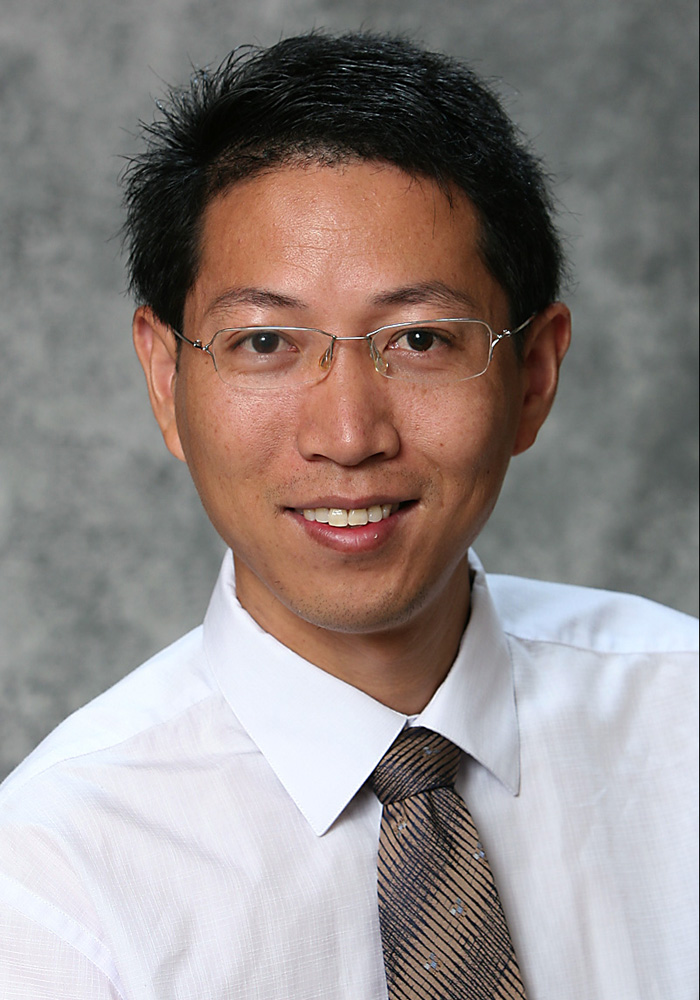 Converting sunlight to electricity through photovoltaic devices will provide an abundant source of clean energy for future generations, according to associate professor Qiquan Qiao of the electrical engineering and computer science department. Though the cost of producing solar energy has dropped from $4 per watt to below $1 per watt, Qiao admitted, “we are still in research status.”

Since he came to SDSU in 2007, Center for Advanced Photovoltaics researcher has established a lab in Daktronics Engineering Hall devoted to studying organic electronic materials and devices. His research is focused on improving the efficiency of organic solar cells.

According to professor David Galipeau, head of the photovoltaic research group, Qiao has utilized National Science Foundation seed monies including funding from the South Dakota Experimental Program to Simulate Competitive Research, known as SD EPSCoR,” to develop his own cutting edge research.” And he added, “He’s been very successful.”

In 2010, Qiao received the prestigious NSF Faculty Early Career Development award, given to support young faculty who demonstrate excellence in research and teaching. That has provided more than $436,000 during the last five years to advance his work.

In addition, he was the SDSU lead on a recently completed three-year, $750,000 NASA-EPSCoR grant collaborating with the South Dakota School of Mines and Technology, government laboratories and commercial entities to develop a photovoltaic materials research cluster in South Dakota.

Organic solar cells are less expensive to produce than silicon-based technologies, Qiao explained. The flexible, plastic materials use “solution-based processing without high temperature or high vacuum requirements, which decreases the cost of production,” he said. “That’s the main advantage of organic solar cells.”

Solar cells are made of two semiconductor materials layered on a glass substrate. The donor material absorbs sunlight that excites electrons to produce electricity, while the acceptor material captures this energy via a loose bonding mechanism, Qiao explained.

These single-junction solar cells are able to convert up to 10 percent of the available light into electricity, he noted. However, significant energy losses occur in the single junction between the two materials.

In addition, each single junction donor-acceptor unit can absorb light only within a specific wavelength or bandwidth, limiting the amount of solar energy that can be harvested. Using multiple units tuned to different bandwidths via multi-junction solar cells will help capture a greater percentage of the available light, Qiao explained, but the additional interfacial layers also increase energy losses.

The SDSU team, including one doctoral student and three master’s students, is developing an interfacial layer that will more efficiently transfer the energy.

To do this, the researchers provide a way to interconnect these multiple donor-acceptor layers to facilitate charge transport. Tunnel junctions provide effective pathways through which charge can travel, thus reducing the energy losses, according to Qiao.

He and his team will create a tunneling layer in the organic solar cells. “Efficient tunneling at the interconnecting layer can improve overall photovoltage and photocurrent output by reducing any charge accumulation and better matching current from the subcells,” he pointed out.

Through this method of charge transport, the researchers hope to achieve up to 15 percent efficiency.

Once the energy is generated, scientists must grapple with the challenge of energy storage, most often in lithium-ion batteries. Through funding from EPSCoR and the SDSU doctoral program, Qiao and two doctoral students seek to build a single unit that will both generate and store energy.

“We hope we can use the same processing to make solar cells and a lithium battery together,” he said. Admittedly, this is a new concept but so far they have made an efficient lithium battery and the next step is to combine that with photovoltaics.

Though researchers have much work to do, Qiao is confident that solar energy technologies will deliver: “In the future, it will be best.”