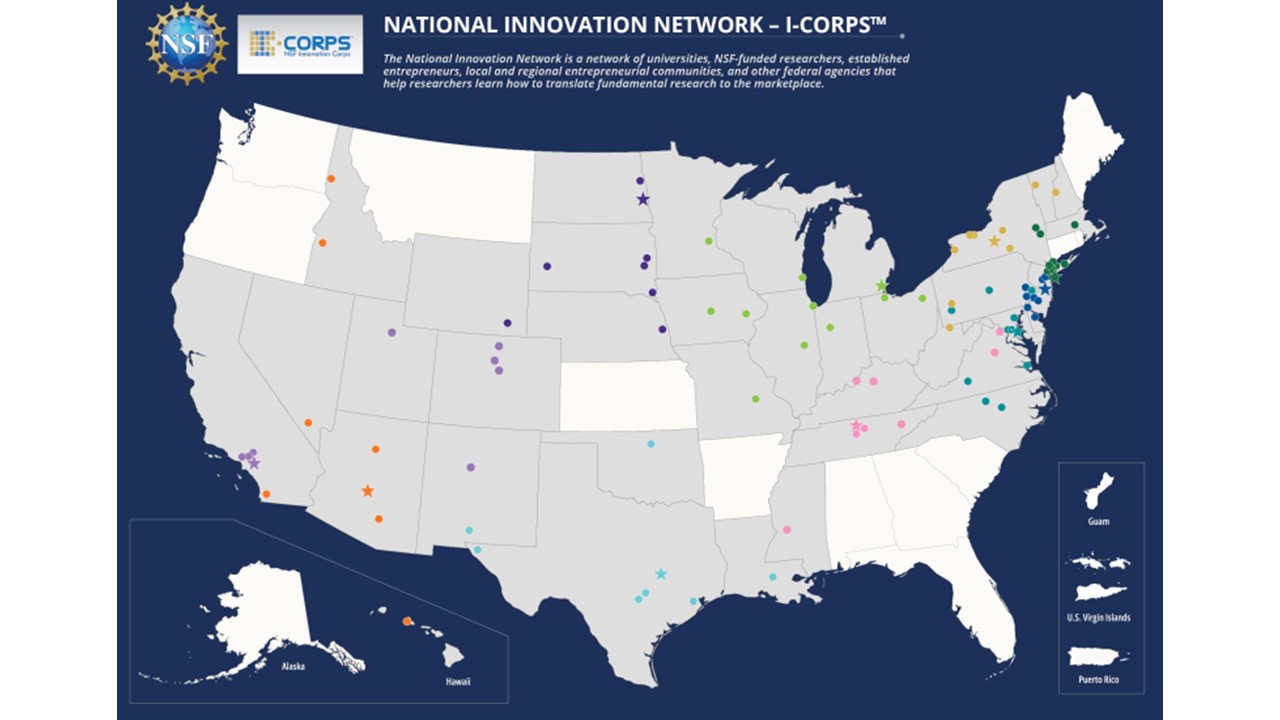 Each I-Corps Hub is funded for up to $3 million per year for five years and comprises a regional alliance of at least eight universities. The first five I-Corps Hubs were awarded in 2021, with each Hub expanding its reach this year by adding a new partner institution to their region.

North Dakota State University has been awarded a $14 million grant over five years from the National Science Foundation (NSF) to establish a multi-institutional Great Plains Innovation Corps (I-Corps) Hub that will provide immersive, entrepreneurial training for scientists and engineers with the goal of moving ideas to commercialization.

The Hub will consist of eight partner programs, each bringing unique strengths and benefits:

I-Corps Hubs provide experiential entrepreneurial training to academic researchers across all fields of science and engineering. I-Corps Hubs form the operational backbone of the National Innovation Network — a network of universities, NSF-funded researchers, local and regional entrepreneurial communities and other federal agencies — that help researchers translate fundamental research results to the marketplace. The I-Corps Hubs work collaboratively to build and sustain a diverse and inclusive innovation ecosystem throughout the U.S.

“I am delighted the I-Corps Hubs that we are awarding today will expand the footprint of the National Innovation Network, harnessing the innovation potential that exists all across the country by establishing clear pathways for researchers to engage with NSF’s Lab-to-Market Platform,” said Erwin Gianchandani, NSF Assistant Director for Technology, Innovation and Partnerships. “Each regional I-Corps Hub provides training essential in entrepreneurship and customer discovery, leading to new products, startups and jobs. In this way, the I-Corps program will open up new economic opportunities throughout the United States.”

Established in 2011, the I-Corps program is designed to support the commercialization of deep technologies, which grow from discoveries in fundamental science and engineering. Since its inception, approximately 2,800 NSF I-Corps teams have participated in the program.

The newly funded I-Corps Hubs will join the five Hubs funded last year to serve national needs through the following areas of responsibility: