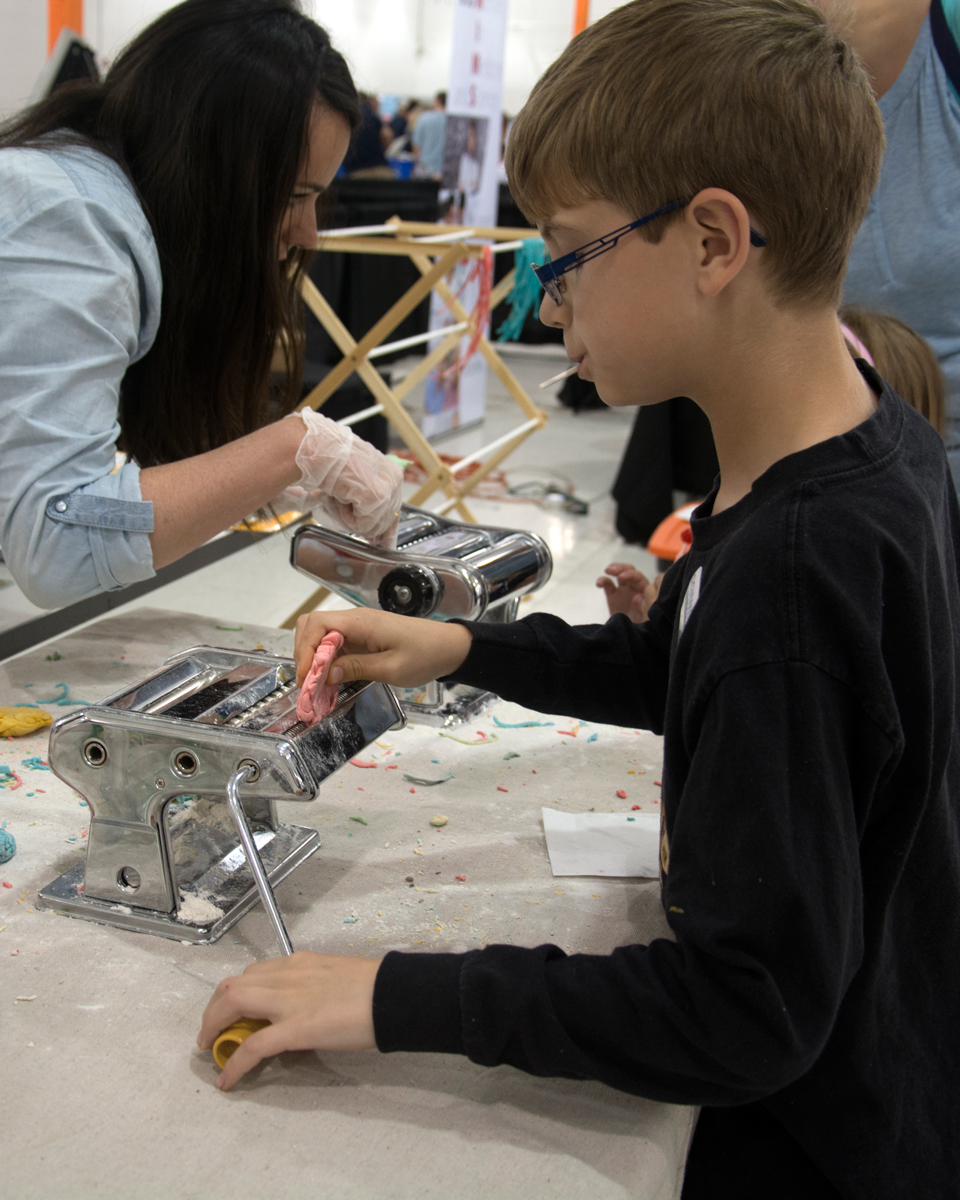 The science festival exposed children to the changing world they live in. They learned about different subjects including population growth, the way their bodies work, and factors affecting our world like wastewater, ocean acidification, and pollution.

“We’re dumping a huge problem on our children today,” said June Thormodsgard of the U.S. Geological Survey Earth Resources Observation and Science Center. “They need to know how to protect and feed a growing population.”

Thormodsgard said our future generations need to know how to maintain a sustainable earth. The science festival was a good opportunity for children to become aware and take interest in their world.

The organizations represented at the science fair also want children to know about the future of science and hope they take an interest in it when deciding on a future career.

“There are so many career opportunities that children don’t know about,” said Reid Christopherson, the executive director of the South Dakota Wheat Commission.

Christopherson, along with the South Dakota State University Health and Nutritional Sciences Department, hosted a booth at the festival educating children about careers in food science.

Children don’t often know about STEM-based careers because they aren’t often exposed to them said Rebecca Weicht, a student with the University of South Dakota Women in Science booth.

“There isn’t enough promotion or interest in science for children,” said Weicht.

The USD Women in Medicine and Science find it important to reach out to youth with interactive activities to excite them about careers in medicine because children sometimes forget how fun science can be while they are in school.

The science festival had 58 organizations from all over the state gathered to introduce children to the world of science and possible career choices.

The festival included interactive performances titled “Doktor Kaboom!” by David Epley and “Bubbleology” by Keith Michael Johnson, which introduced children to the wonders of scientific exploration and taught them about the science of bubbles respectively. SD EPSCoR sponsored both performances.