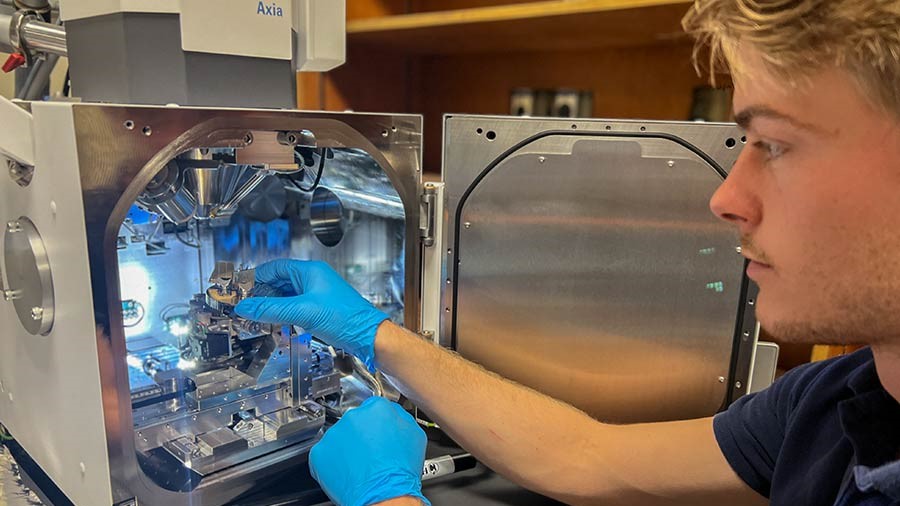 This piece by South Dakota Mines was published September 15.

Solar panels have been in use for several decades in the United States, but what happens when they are old enough to be replaced or upgraded?

Ilke Celik, Ph.D., assistant professor of civil and environmental engineering at South Dakota Mines, has received funding from the National Science Foundation to study methods for creating new types of solar panels that will be more easily recycled in the future.

“There is a really interesting low-cost emerging technology that we want to investigate,” says Celik. “Perovskite solar photovoltaic cells have recently attracted worldwide attention, and there is great potential for them in the future, but we need to be able to recycle them.”

In conventional solar panels, parts like the glass cover and silicon photovoltaic cells are often fused or glued together, making them more challenging to separate and affordably recycle. But Celik is proposing new manufacturing processes for the next-generation solar panels to simplify and reduce the cost of recycling. “In these new technologies, the perovskite is more soluble making it easier to reuse and add into future technology,” she says.

Celik is also working closely with industrial partners and other university researchers around the country along with the US Department of Energy on ongoing projects. She notes that recent congressional legislation in support of clean energy coupled with the increased efficiency of new solar panels and the lower cost of solar energy production will boost this technology in the future.

Celik’s research is funded for the next two years and includes both undergraduate and graduate students who will take part in the research. “This project is particularly gratifying because of the potential impacts it could have on the energy and recycling sector,” says Tanner O’Hara, a graduate student in materials science and engineering at Mines. “I am passionate about this work because of the interesting new materials and challenges it has brought.”

The end goal of the research is to reduce the carbon footprint of solar cells while increasing their efficiency and overall affordability. “We know solar is already more sustainable and cost-effective than conventional energy generation, and what we are trying to do is increase its efficiency and reduce the production costs even further,” says Celik. “We want to optimize this technology to make it even more sustainable in the future.”

Celik says that traditional coal fire power plants produce about one kilowatt of electricity per 1000 grams of CO2 emissions. She says conventional solar technologies produce about 30-40 grams of CO2 for every kilowatt produced. “What we are trying to do is bring the carbon footprint of solar down to less than one gram of carbon per kilowatt,” she says.

South Dakota’s former slogan is “The Sunshine State,” and Celik says there is a great potential for local economic development around any new solar technology invented at Mines. “When the temperature increases solar efficiency goes down, because hot solar cells don’t produce as much energy as those that are cool. Solar panels like colder weather with lots of sun, making South Dakota the perfect place for this technology to flourish,” she says.