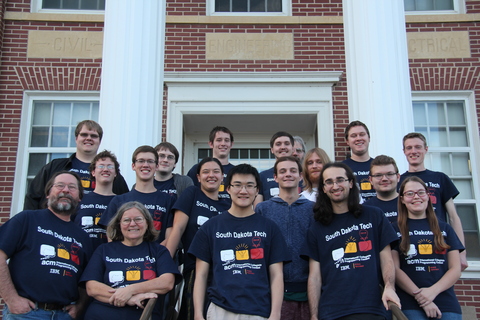 RAPID CITY, S.D. – The top-scoring South Dakota School of Mines & Technology student programming team placed ninth out of 223 teams in the North Central North American Regional Programming Contest, which included both United States and Canadian teams. SD Mines had five of the top seven teams in South Dakota, with the best four finishing in the top 10 percent of the region and all five teams in the top 20 percent. The invitational contest prepares teams for competition in the International Collegiate Programming Contest (ICPC) World Finals, known as the Olympics of computer science, to be held in Thailand this May.

Other team members are:

The ICPC is the oldest, largest and most prestigious programming contest in the world, according to the ICPC fact sheet. In the regional contest, teams had five hours to solve nine problems.