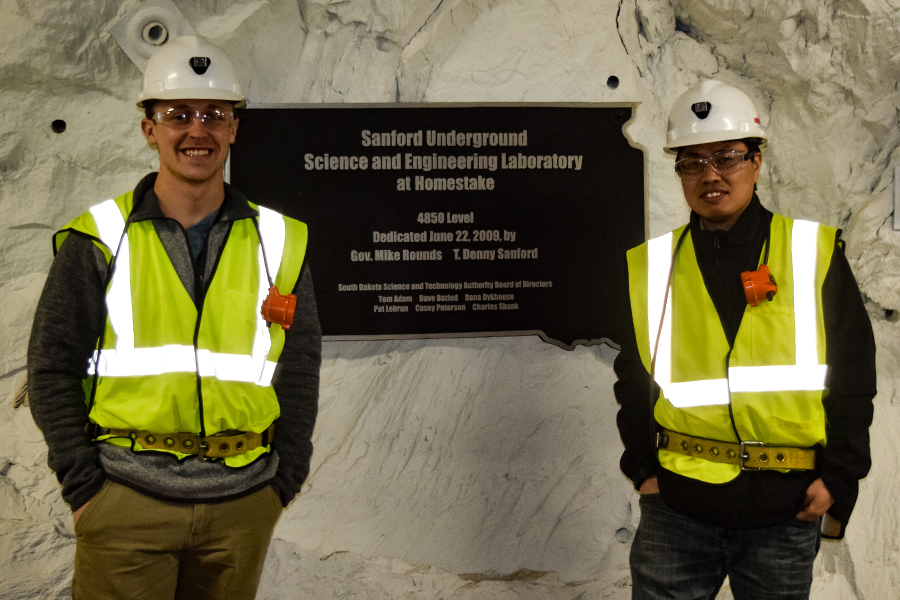 RAPID CITY, SD (Oct. 16, 2018) – The use of hydraulic fracturing (or fracking as it’s commonly called in the press) has been a topic of contention in the oil and gas industry. However, researchers believe fracking can also be used at depth in hard rocks that contain no oil or gas to improve geothermal energy production. The process could enhance the use of the earth’s own heat as a source of clean energy.

Liangping Li, Ph.D., an assistant professor in the Department of Geology and Geological Engineering at the South Dakota School of Mines & Technology, has received an award from National Science Foundation (NSF) for his research entitled “Inverse Methods of Hydraulic Fracturing for Enhanced Geothermal Systems in a Deep Mine.” Li is working alongside projects already underway at the Sanford Research Facility (SURF) including kISMET (permeability (k) and Induced Seismicity Management for Energy Technologies) and the Enhanced Geothermal Systems (EGS) project. Hydraulic fracturing research at SURF uses no chemicals, so unlike some fossil fuel fracking operations, the fracking fluid used in these studies is water only.  Researchers also note that these fractures are being created 4,850 feet underground, far below any drinking water aquifers.

Researchers are working to better understand fracture development in rocks deep below the earth’s surface during hydraulic fracturing operations. This NSF award establishes a long-term collaboration between Li and researchers at Idaho National Laboratory to develop tools that will help understand and quantify fracture growth and the exchange of heat between rock and fluid. This project leverages on the hydraulic fracturing experiments now underway at SURF, and builds on the state-of-the-art numerical models developed by  Li and Idaho National Laboratory. “If successful, the results would help design injection parameters for permeability management in geothermal system engineering beyond the award period” says Li.

“Dr. Li is establishing a vibrant research and teaching program in the area of numerical modeling and hydrogeology at SD Mines,” says Laurie Anderson, Ph.D., Geology and Geological Engineering Department Head.  “His success is broadening the scholarship of the campus and university.”

Founded in 1885, the South Dakota School of Mines & Technology is a science and engineering research university located in Rapid City, S.D., offering bachelor’s, master’s and doctoral degrees. The university enrolls 2,654 students with a student-to-faculty ratio of 15:1. The SD School of Mines placement rate for graduates is 97 percent, with an average starting salary of $61,346. Find us online at www.sdsmt.edu and on Facebook and Twitter.