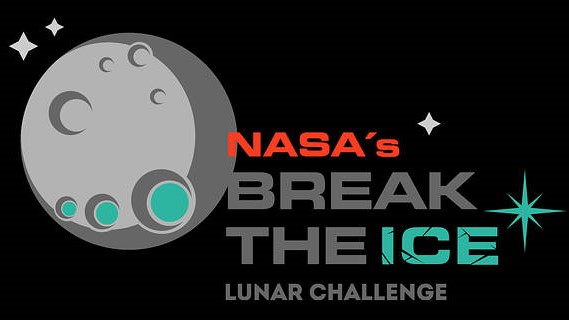 Members of South Dakota State University’s “Space Trajectory” Team are part of NASA’s newest round of winners in its Break the Ice Lunar Challenge. The first level of competition challenged solvers to submit detailed engineering designs and test plans for excavating and delivering icy lunar regolith. Fifteen winning teams will move on to build and test their designs in the next level.

“Over the next few months, we’ll be building the three rovers (one that is the size of a full-sized car), an automated battery charging station for the rovers, and a 1000-meter course to test our equipment. Everything was custom-designed by our team between January 2022 and November 2022,” Letcher shared.

NASA has named 15 teams moving on to compete in the semifinal level of its Break the Ice Lunar Challenge. The $3.5 million multi-phase challenge invites problem-solvers from businesses, academia, maker communities, and more to play a role in building a lasting human presence and vibrant economy on the Moon by tapping into resources that are already there.

“We’re putting humanity back on the Moon with the Artemis missions, and this is a team effort on a global scale,” said Amy Kaminski, program executive for Prizes, Challenges, and Crowdsourcing in NASA’s Space Technology Mission Directorate. “Challenges like Break the Ice are one more way for creative thinkers around the world to participate, by helping us learn to ‘live off the land’ and turn local resources into useful products like water, building materials, and even rocket fuel.”

The second phase of competition kicked off in June with the goal of furthering development of lunar excavation and transport technologies. Level 1 challenged solvers to design a robotic system for digging and moving large quantities of icy Moon “dirt,” or regolith, found in the coldest, darkest places on the lunar surface.

Twenty-five teams from around the world submitted entries for the first, qualifying level of Phase 2 competition. A panel of government, industry, and academic experts in in-situ resource utilization, or ISRU — the technical term for using local resources — evaluated teams’ entries and selected the winners based on submissions of detailed technical reports, engineering designs, and test plans.

The winning teams are:

In Level 3, qualifying teams will put their protypes to the test in a head-to-head onsite competition for a shot at $1.5 million in prizes.

“As we work towards a sustained human presence on the Moon, we are committed to enabling the development and demonstration of new technologies to support the infrastructure needed for long-term human presence,” said Denise Morris, acting Centennial Challenges program manager at NASA’s Marshall Space Flight Center in Huntsville, Alabama. “Technologies and hardware from the Break the Ice Lunar Challenge will get us one step closer to excavating icy regolith on the lunar surface, providing critical water resources and excavation activities needed to build the infrastructure on the Moon.”

NASA’s Break the Ice Lunar Challenge is a Centennial Challenge led by Marshall Space Flight Center and the agency’s Kennedy Space Center in Florida. Centennial Challenges are part of the Prizes, Challenges, and Crowdsourcing program within NASA’s Space Technology Mission Directorate. Ensemble Consultancy supports the management of competitors for this challenge.

View more information on the Break the Ice Lunar Challenge.