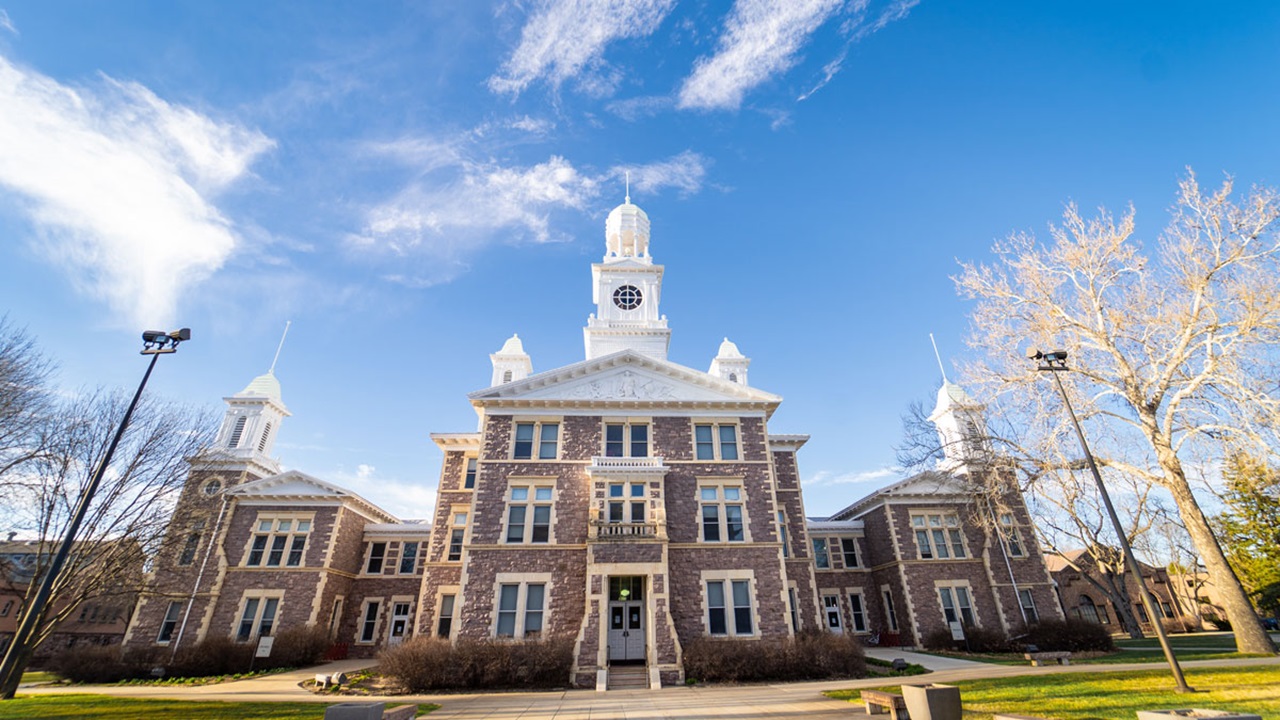 This piece by the University of South Dakota was published March 16, 2022.

The CAREER Award is the National Science Foundation’s most prestigious award in support of early-career faculty who have the potential to serve as academic role models in research and education and to lead advances in the mission of their department or organization. Each grant provides five years of funding.

Biologist Anderson’s research focuses on physiology and biomechanical systems. He will use the award funds to study how temperature affects different species of African chameleons’ ability to feed using their projectile tongues. The total grant funding for Anderson’s project, “Mechanisms and Drivers Underlying Thermal Specialization Patterns in Elastic Recoil and Muscle Powered Movements,” is $1,227,524 over five years.

Using high-speed video in the field and in the laboratory, researchers will examine the relationship between temperature and two movement types involved with chameleon feeding: elastic recoil-powered tongue projection and muscle-powered tongue retraction in chameleons.

“Over the next five years, my students and I will be doing field work in South Africa and Namibia on a number of different chameleon species that live in different environments,” Anderson said. Further lab studies will take place at USD. A post-doctoral researcher and a Ph.D. and M.S. student will work on the grant, as will undergraduate researchers over the summer. “There is a lot of potential for students at all levels along their academic trajectory to become involved in this research,” he added.

Miró is a computational chemist whose grant award allows his lab to use modern computational methods to find new molecules that act like metal oxide catalysts used in areas such as manufacturing, agriculture and energy production. The title of his project is “Understanding Structure-Function Relationships of Polyoxovanadate-Alkoxide Clusters from a Bottom-Up Perspective.” The NSF award is $625,000 over five years.

His research will show whether molecular vanadium metal oxides can transform abundant, yet non-reactive, molecules such as nitrogen or nitric oxide into added-value compounds or accomplish the same goals as other, more expensive catalysts — for example, rare metals used to make catalytic converters.

As a computational chemist, Miró will employ a wide variety of quantum-chemical methods to study these molecules including machine-learning techniques using USD’s High Performance Computing Cluster. An experimental collaborator at the University of Rochester in New York will take Miró’s simulations and test them in the lab.

Miró’s computations allow him to evaluate massive amounts of data and explore how the smallest changes in experimental inputs can change the products obtained. “Computational chemistry is very good at studying a lot of systems and identifying what is important,” he said. “Then you can fine tune the experiments in the lab without having to go through a lot of trial and error.”

In addition to a graduate student and post-doctoral researcher, Miró’s project will also host undergraduate students from a regional tribal college as part of the project.