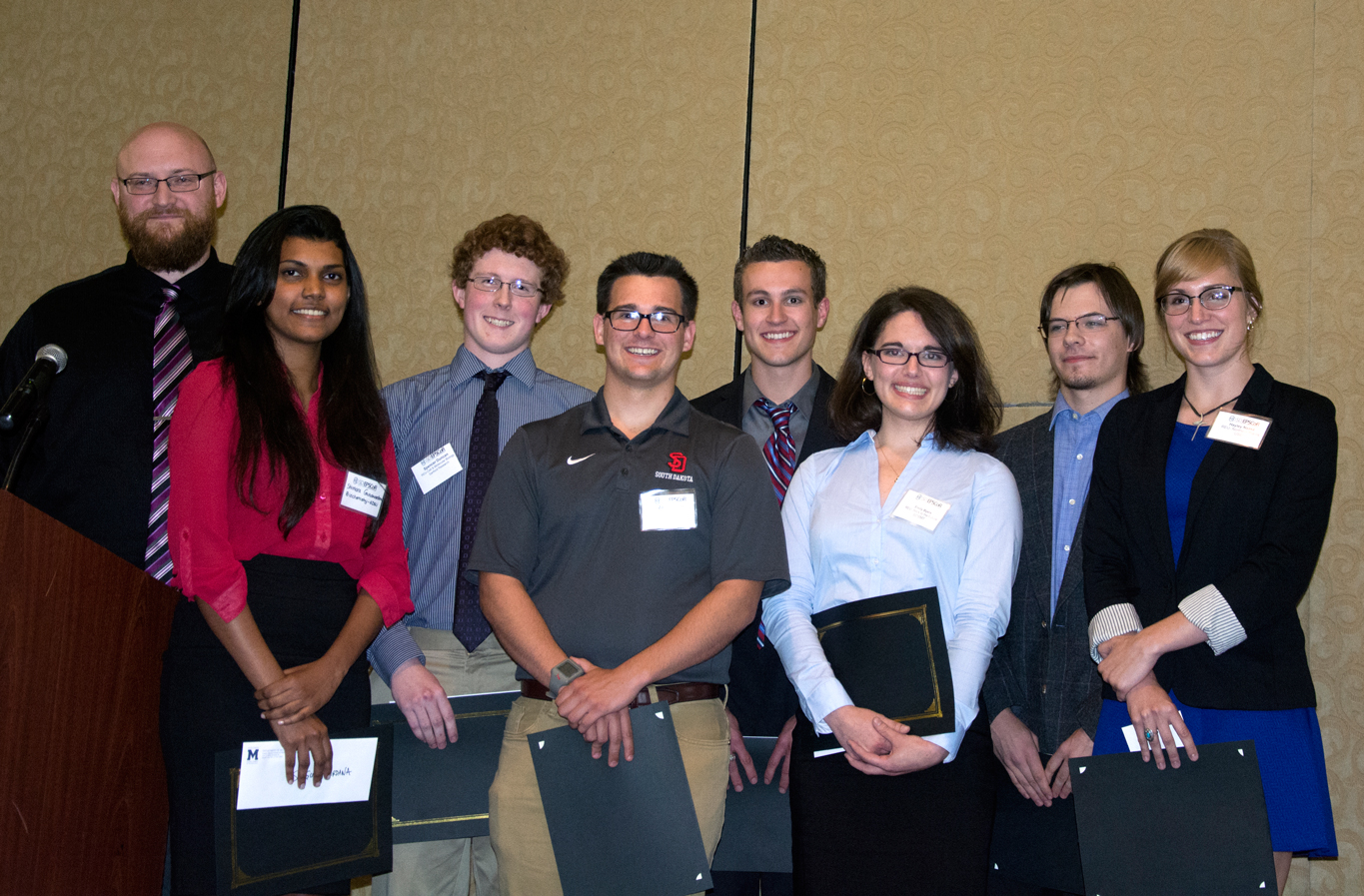 The REU program, established by the National Science Foundation (NSF) in 1986, offers undergraduate students the opportunity to participate in a ten-week research experience where they conduct research alongside university faculty.

More than 100 undergraduate and two high school students from South Dakota public, private and tribal colleges and universities participating in the REU program presented at the symposium. This year’s symposium was the first time all South Dakota REUs have had a joint poster session.

Awards were given to the first and second place presenters for the engineering and science divisions of the two poster sessions. The first place winners receiving $100 were Jason Zellmer, Shimara Gunawardana, David Langerman and Hayley Naasz. The second place winners receiving $50 were Jack Ryan, Zackary Schulte, Emily Byers, and Duncan Spencer. Two plaque awards were given to David Langerman and Shimara Gunawardana as the overall winners in the poster sessions.

South Dakota institutions usually have their own closing ceremonies according to Michael West, the department head of materials and metallurgical engineering at the South Dakota School of Mines and Technology.

“We asked ourselves, ‘instead of having our own closing poster session, why don’t we have a joint poster session with all the institutions?’” West said.

The South Dakota REU directors wanted undergraduate students’ poster sessions to simulate professional research conferences. With only a few students in an REU at separate institutions, it was hard for them to attain the experience.

“It benefited the students to see what’s going on in the state in research programs rather than just in their own programs,” said Esther Bolding, the NSF’s Engineering REU Site Program Manager.

West said the goal was to have a bigger venue, more collaboration between the institutions and better research exposure for the students.

When approaching Jim Rice, the SD EPSCoR director, about the idea, West said Rice thought the symposium was exactly the kind of program SD EPSCoR wants to support because it builds partnerships among institutions, faculty and students in the state’s colleges and universities.

“We wouldn’t have been able to put on the symposium without the support of SD EPSCoR,” West said.

Students also got the opportunity to meet with representatives from graduate schools at South Dakota universities to discuss their plans and talk about the possibilities of furthering their education in the state.

“It’s great to have the graduate schools here to talk to the students about what’s going on in the state,” West said.

“Each student has something to bring to the table,” Bolding said. “The professors have done a tremendous job.”

Bolding was one of the guest speakers at the symposium along with Kathryn Johnson, a member of the South Dakota Board of Regents, and Mary Berry, the Interim Vice President for Research at the University of South Dakota.