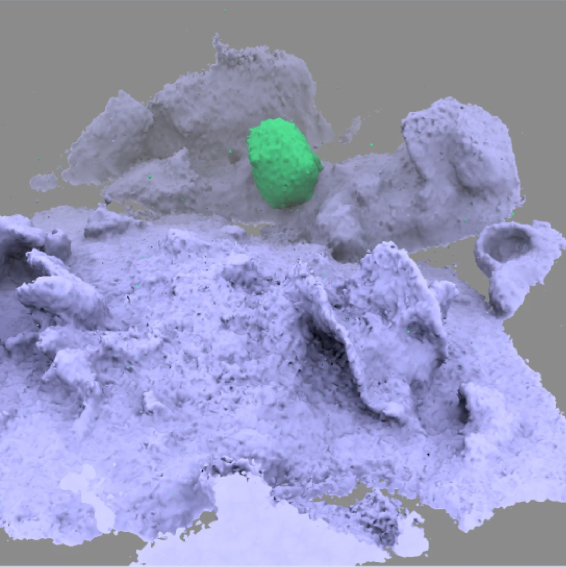 Nanotechnology has become a popular topic in science. At the nanoscale, the properties of a material may change. The study of matter on such a small scale has the potential to bring about changes in the way we study structures. Nanotechnology is being used in areas such as cell structure, medicine, manufacturing, and the environment. The potential to change technology in the 21st Century is staggering. This unit will give students an opportunity to discover and investigate matter on the nanoscale. This unit is based on the research of Steve Smith, professor of Nanoscience and Engineering at SDSMT. His areas of expertise are in understanding and manipulating the interaction of light with matter on the nanoscale.

Steve Smith received the PhD in Applied Physics from the University of Michigan in 1996, became a member of technical staff at the US Department of Energy's National Renewable Energy Laboratory until 2005, when he became professor and program director of Nanoscience and Nanoengineering at the South Dakota School of Mines and Technology. His areas of expertise are in understanding and manipulating light using lasers and other optical instruments, including specialized custom-built microscopes, to understand how atoms, molecules, materials and living cells interact with light. Current lab research projects: Imaging and spectroscopy methods applied towards understanding the optical properties of nano-scale systems is the primary focus of our group. This means analyzing the intensity, color and polarization of light absorbed or emitted by atoms and molecules, and the materials built from them, both living (cells, tissues or organisms) and nonliving materials, using high power microscopes and color sensitive instruments (spectrometers). For instance, we are trying to understand how immune cells in the body are able to attack a virus or bacterium, but ignore the body's own cells, by watching how the cells "attack" under a 3D microscope. We are trying to understand and identify the genes that allow some plants to survive without fertilizer, by imaging their internal structure with fluorescent (glowing) labels. We are trying to understand how toxic materials may be harmful to some living cells, but not to others by imaging cells as they ingested these materials and measuring their chemical response.